NELSON, BC--(Marketwired - May 28, 2015) - Canadian Society for Social Development today announced that it has changed its name to Make A Change Canada/Faire un Changement Canada, effective immediately. This is part of a series of changes during the organization’s 10th anniversary year to raise awareness of its mission to help individual Canadians gain or maintain rewarding employment.

Make A Change Canada will continue to provide skills training to Canadians who face challenges to employment. And it will continue to conduct research that advances development in the areas of entrepreneurship, leadership, and distance learning.

The organization held focus groups with staff and stakeholders before making the decision to change its name. Executive director Anne-Marie Edgar originally thought of the name and brought it to the board of directors who approved it.

"We learned from current and former clients what our organization means to them. It is a place of hope and acceptance," Edgar said. "People are afraid of change. So we felt we need to embrace change as an organization and make it a real positive."

The name was also chosen because it is easy to translate into French. The organization has always been committed to delivering services in both official languages.

"It really embodies the essence of the organization, which involves people working together at many levels to support Canadians who need help to get a new start in life."

To support the launching of the new name, Make A Change Canada unveiled its new logo symbolizing the support and innovation necessary to help individual Canadians overcome obstacles in life. A new official website, www.makeachangecanada.com, is also under development, and a 10-year celebration will be held this October 8, 2015, at the Shambhala Performance Hall at Selkirk College in Nelson, B.C. Supporters and the general public are invited to attend or view the event live through Ustream.tv, and learn more about this national organization and individuals who have benefited directly from its services.

About Make A Change Canada/Faire un Changement Canada
Make A Change Canada/Faire un Changement Canada, established in 2004, is a national nonprofit and charitable agency that provides employment and skills training to Canadians who face challenges to employment. Clients include people living with a disability or chronic health issue, youth, stay-at-home parents, older workers, Aboriginal Peoples, new Canadians, LGBTQ (lesbian, gay, bisexual, transgender, queer) people, and people living in rural areas. Our mission is (in part) to help Canadians from coast-to-coast realize their full potential. "If we can awaken the passion within, we can achieve almost anything." - from the Make A Change Canada vision statement. 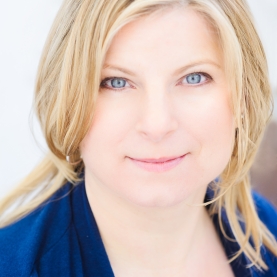