NELSON, BC--(Marketwired - September 15, 2015) - Make A Change Canada has announced the lineup for its 10-year anniversary extravaganza celebration scheduled for October 8, 2015, in Nelson, B.C.

The two-hour event will be held at the Shambhala Music & Performance Hall on the Selkirk College Tenth Street campus and will feature inspirational videos from graduates, volunteers, staff, partners, and supporters of the organization. The performance will be streamed nationally through Ustream.tv under the professional guidance of Producer and Director, Shane Hainsworth.

Anne-Marie Edgar, Executive Director of Make A Change Canada, says, "The event will be an opportunity to highlight how the efforts of our organization and our community partners have impacted people's lives over the last 10 years and will demonstrate what people can achieve through the support of caring individuals and organizations."

Jenna Raider, a local fundraiser, who volunteers her skills as host and event organizer for causes she believes in, will emcee the event. Raider is a talented actor and hosts a live television show called The LineUp.

"People can expect an event full of inspirational and triumphant stories, plus a wonderful and entertaining evening," says Raider. "There are a handful of success story films, an appearance by the Board of Directors, and a number of interviews with Make A Change Canada's staff and clients." 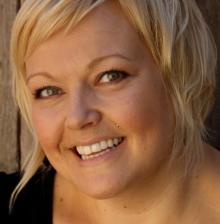 "I feel honoured to help ensure this celebration is a memorable one," Raider adds. "I wanted to get involved because I was impressed by Make A Change Canada's mandate to provide employment and skills training to persons facing challenges to employment. This is such important work, and Make A Change Canada is truly living up to their name."

Also as part of the event lineup on October 8, members of the Kootenay Initiative Program (KIP) will appear on video. The group, based in Cranbrook, B.C., is set to open the doors of its new business called Reclaim Outlet this November. The group will refurbish construction goods such as sinks, doors, and cabinets before selling them to the public.

All six members of the KIP group are participants of Make A Change Canada's online Business Abilities (BA) program, which provides coaching and guidance to aspiring entrepreneurs. The group has been working with Make A Change Canada and its local team of supporters to transform their business dream into a reality.

The KIP group will be joined by Patrick Jarvis of Ancient Hermit Drums and Joan Blood of Racing T-Quilts. Roslyn Mooy, author of the touching trilogy Carousel, Carousel The Missing Years, and Carousel The Relapse, and independent film producer Brent Running will also make an appearance. Running will be talking about his new film, Teacher's Lessons.

Members of the media, current and future program participants, aspiring entrepreneurs, career practitioners, funders, and supporters are all invited and encouraged to join us for this live 10th anniversary extravaganza.

Make A Change Canada/Faire un Changement Canada, established in 2004, is a national nonprofit and charitable agency that provides employment and skills training to Canadians who face challenges to employment. Clients include people living with a disability or chronic health issue, youth, stay-at-home parents, older workers, Aboriginal Peoples, new Canadians, LGBTQ (lesbian, gay, bisexual, transgender, queer) people, and people living in rural areas. Our mission is (in part) to help Canadians from coast-to-coast realize their full potential. "If we can awaken the passion within, we can achieve almost anything." -- from the Make A Change Canada vision statement.

Jenna Raider, host and spokesperson for Nelson B.C.'s IMTV and the new show coming up in September 2015 called The LineUp, balances her interests of acting on stage, television, and in films by volunteering for community services and working in support of special education. As a local fundraiser, Jenna lends her skills as host and event organizer to causes and companies she believes in. 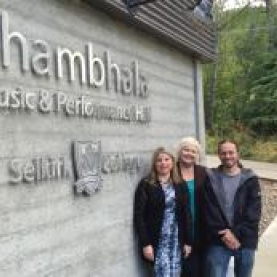