Reclaiming the Dream to Become a Published Writer 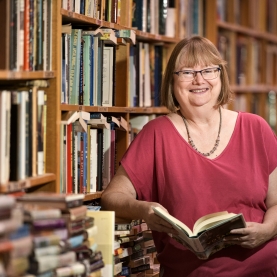 Wendy Tarasoff, from Penticton, British Columbia, has had a lifelong dream of becoming a professional writer. Unfortunately, a number of personal challenges and setbacks stood in Wendy’s way. She was a single mother and also struggled with literacy to the point, as Wendy puts it, that she had developed “her own language” as a child growing up.

In addition to these difficulties, Wendy was injured in two serious car accidents, the first in 2003, and another in approximately 2012 when she was hit from behind by another vehicle. The second accident threatened to wipe out Wendy’s aspirations forever—until she found the supports she needed with Make A Change Canada.

Prior to her first accident, Wendy was attending Simon Fraser University as a mature student. When Wendy was injured in the first car accident, she was attending university at the time, but was able to continue with her studies with little disruption. Proudly, in June 2003, Wendy not only reached her goal of graduating with a Bachelor of Arts in English, but she did so with high grades.

The second car accident in 2012, however, was so severe that it left Wendy with catastrophic physical injuries and a brain injury. Suddenly, Wendy was unable to function in the simplest day-to-day tasks most people take for granted. She had completely lost her memory and her ability to write. Everyday tasks—such as doing light housework of any kind and working in a job—were no longer options for Wendy.

For several years after her accidents, Wendy could only wake up, eat, and shower at a pace she describes as “turtle speed.”

Gradually, though, she was able to add one new, small task each day into her routine. “When I first started out, my day [consisted of] getting out of bed, having a shower, and eating. Later it grew to a task a day. After that, I learned to do three tasks a day. . . I needed help with housework and now I can do things off and on, but not full time,” explains Wendy.

As for her dream of becoming a published writer, Wendy recalls how she couldn’t even compose a single sentence. Over the next few years Wendy had to completely retrain herself to write.

Despite these major setbacks, Wendy felt that she was capable of much more as long as she had the right opportunity and supports. In 2016, an acquaintance of Wendy’s recommended that she consider Make A Change Canada.

In 2016, after feeling stuck in the same routine day after day, Wendy took the next courageous step towards gaining her identity back as a writer and applied for Make A Change Canada’s online business planning program. No career path is linear or without hurdles when you experience injuries and setbacks like Wendy did leading to a permanent disability, and Wendy was able to receive help when she needed it again in 2019 through Make A Change Canada’s Tech Diversity Online program.

For the first time in what felt like an eternity, Wendy felt a sense of hope for a better future. In 2017, she completed both the Introductory and Advanced Certificates in Web Technologies and Design, which are programs of Make A Change Canada, while receiving ongoing support and assistance from a business advisor.

“Having the courage to ask for help and be vulnerable is truly the way to a better life,” says Wendy. “If you can be brave enough to seek assistance, then you can overcome the biggest obstacles,” she adds.

The flexibility of the online program, along with the ability to work individually with a business advisor, proved crucial to Wendy’s success. She says that she is grateful for the ability to ask questions and gain the advice she needed to move forward.

“Walking through the business plan, my thoughts and dreams became clearer. The help I got from the staff, and in particular, my coach, gave me more confidence to succeed,” says Wendy.

She explains that the support she received from the Make A Change Canada staff, particularly from Louise Doyle, her business advisor, turned out to be instrumental in helping her recognize her abilities and boost her confidence.

Through Make A Change Canada, Wendy was able to upgrade her computer skills, computer equipment, and her home office, enabling her to take advantage of new, better-suited opportunities. She completed the painstaking process of relearning the writing skills she had lost, and was eventually employed as a book editor in 2020 through Make A Change Canada’s GoRemoteNOW! program, which was an additional program offered as part of the national response to COVID-19.

Wendy completed this opportunity as a work experience placement, whereby she was tasked with editing the manuscript of Sydney Williams from Quathiaski Cove, British Columbia, who is herself an early graduate of Make A Change Canada’s programs. Sydney’s book, Princes and Kings: A Rose in a Thorn Bush, has since been published and is available for purchase from goodreads.com.

Wendy points to the fact that due to the success she had in her work placement, she became more confident in her abilities. The extra income she earned through this opportunity was an additional source of encouragement to Wendy.

Through all of the supports, Wendy realized that even though she had a university education, she still needed Make A Change Canada, and says, “They help you go from the learning world to the real world.” 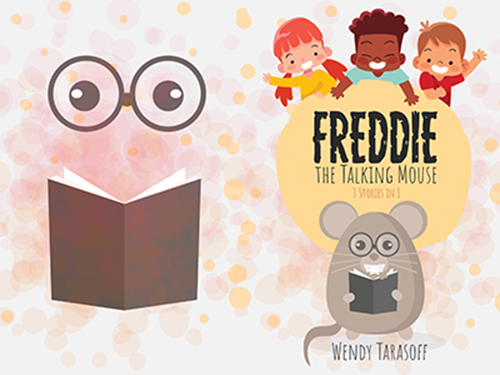 Today, Wendy is self-employed as a published writer and copywriter. Her achievements include three children’s books available on Amazon.ca: Scare Away the Dark; Dragon’s Pearl; and Freddie, the Talking Mouse. Wendy has also published Secret Sauce of Sentences, a reference guide on proper sentence structure, and Diamond, a romance murder thriller. Diamond is available in both English and Spanish versions on Amazon.

In addition to these successes, Wendy is approached regularly to give radio interviews to discuss her books and the course she has written for aspiring writers. Still, Wendy remains affected by her injuries. “I have a fractured jaw with a mouth that twitches, a fractured rib, [and] a brain injury which hurts my head every day. I have to write things down,” says Wendy. Her memory has been severely affected, and she adds, “Things could go south at any time. This is borrowed time.”

In spite of these setbacks, Wendy has developed a new passion for marketing to complement her interest in writing. In addition to her growing list of published works, Wendy has started an affiliate program helping other business owners with their websites, social media, and email marketing. She continues to work as an editor, reviewing other writers’ manuscripts, and is expanding her services into copywriting ads.

“I am humbled by the brain injury and in gratitude for what I can do. I have had to learn to compound each step into something greater with real courage from the heart,” adds Wendy.

She credits Make A Change Canada for helping her improve and go from not being able to write a sentence—to circling back, and being able to once again, live her dream of being a writer.

“I could not write a sentence, because the second accident was more severe than the first. I have had to come back to how to write sentences, and now—I’m writing books and editing,” exclaims Wendy.

As for her future plans, Wendy aspires to have a fully functioning publishing business within the next five years. She attributes the ultimate success in making her dreams come true with having a business coach help her see what is feasible—and then “dreaming bigger.”

Wendy says, “Don’t give up. Visualize even the smallest of things and do them. Do things gradually. It is not a race for a hare, but a turtle, so [that’s why] I called my business Turtle Publications.”

Wendy has a created a writers.work website, titled Wendy Tarasoff, which includes several of her publications and her online writing course, in addition to the editing services she currently offers.

“Living with a disability is not easy, but I have a growth mindset. This year I have gone from no income to some income,” says Wendy.

Wendy speaks from the heart when she shares her advice for others pursuing similar goals. “We all have challenges, both big and small. Summon the courage, make that call, and communicate to someone who has been there too, and who will help you,” advises Wendy. 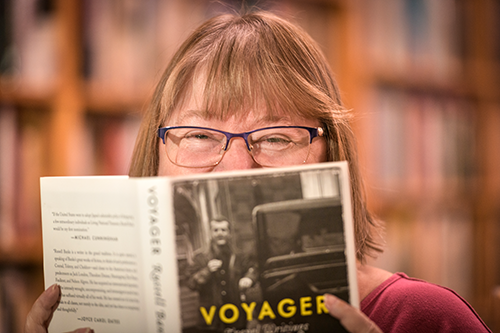